Virginia Is for CS Lovers Week!

RICHMOND – CodeVA announced that July 23rd through 29th, 2017 is the first-ever “Virginia is for Computer Science Lovers” week, in partnership with Virginia Tourism Corporation. Taking place in conjunction with RVATECH’s RVA TechJam, “Computer Science Lovers” Week is an opportunity to highlight tourism around the state that brings people of all ages in touch with computer science, as well as summer learning opportunities for children.

The kick-off for “Virginia is for Computer Science Lovers” Week will take place at RVATECH’s RVA Tech Jam on Monday, July 24th with Governor Terry McAuliffe. Additionally, throughout the week, economic development opportunities around computer science will be highlighted, with tourism being a large component of that – showcasing why employers and employees should consider Virginia for computer science jobs.

“Tourism is an instant revenue generator for the Commonwealth, and technology plays a critical role in that,” said Rita McClenny, president and CEO of Virginia Tourism Corporation. “Our technology resources inspire and engage travelers from all over the world as they visit attractions such as NASA Wallops Flight Facility, the Virginia Science Museum, the Smithsonian National Air and Space Museum, TomTom Fest and beyond. Virginia is a leader in the computer science and technology sector, putting us at the cutting edge and making the Commonwealth an attractive place to live, work, and raise a family.”

“We are excited to be a part of the first-ever ‘Virginia is for Computer Science Lovers’ Week,” said Robby Demeria, executive director of RVATECH. “Computer science and technology are rapidly growing industries in Richmond and Virginia. This week is an opportunity to highlight the economic potential the computer science industry holds statewide, while also celebrating what is already going on in the region through our week-long RVATech/Jam celebration.” 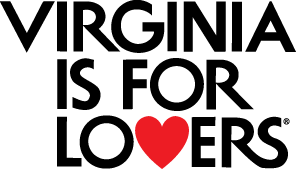 Since 2014, CodeVA has taken great strides in making Computer Science a priority for Virginia. In 2016, Virginia became the first state in the nation to pass sweeping Computer Science education reform. This law mandates that every Virginia child will receive access to essential Computer Science literacy – to include coding – from Kindergarten through graduation. More must be done to ensure Virginia’s classrooms are Computer Science classrooms. CodeVA continues to advocate for meaningful and intentional implementation of computer science standards, and to craft policy that ensures the state’s future competitive workforce continues to lead the nation and the world. By collaborating with the business community and education leaders, CodeVA helps foster communication between the public school classroom and the corporate boardroom. For more information about CodeVA, please visit codevirginia.org.

Tourism is an instant revenue generator for Virginia. In 2016, tourism generated $24 billion in revenue, supported 230,000 jobs and provided $1.7 billion in state and local taxes for the Commonwealth. Dollars invested in tourism are proven to provide a seven to one return in tax revenue for Virginia, and grant awards provide a stimulus to localities seeking to increase tourism visitation and revenue. For more information on the Virginia tourism industry, please visit virginia.org.

RVATECH, Richmond’s Technology Council, is a member-driven association of businesses and organizations working together to ensure the continued growth of central Virginia’s dynamic technology-based economy. RVATECH supports the growth of existing technology industries and identifies Greater Richmond as the location of choice for new and emerging technology companies. For more information about RVATECH, please visit rvatech.com.